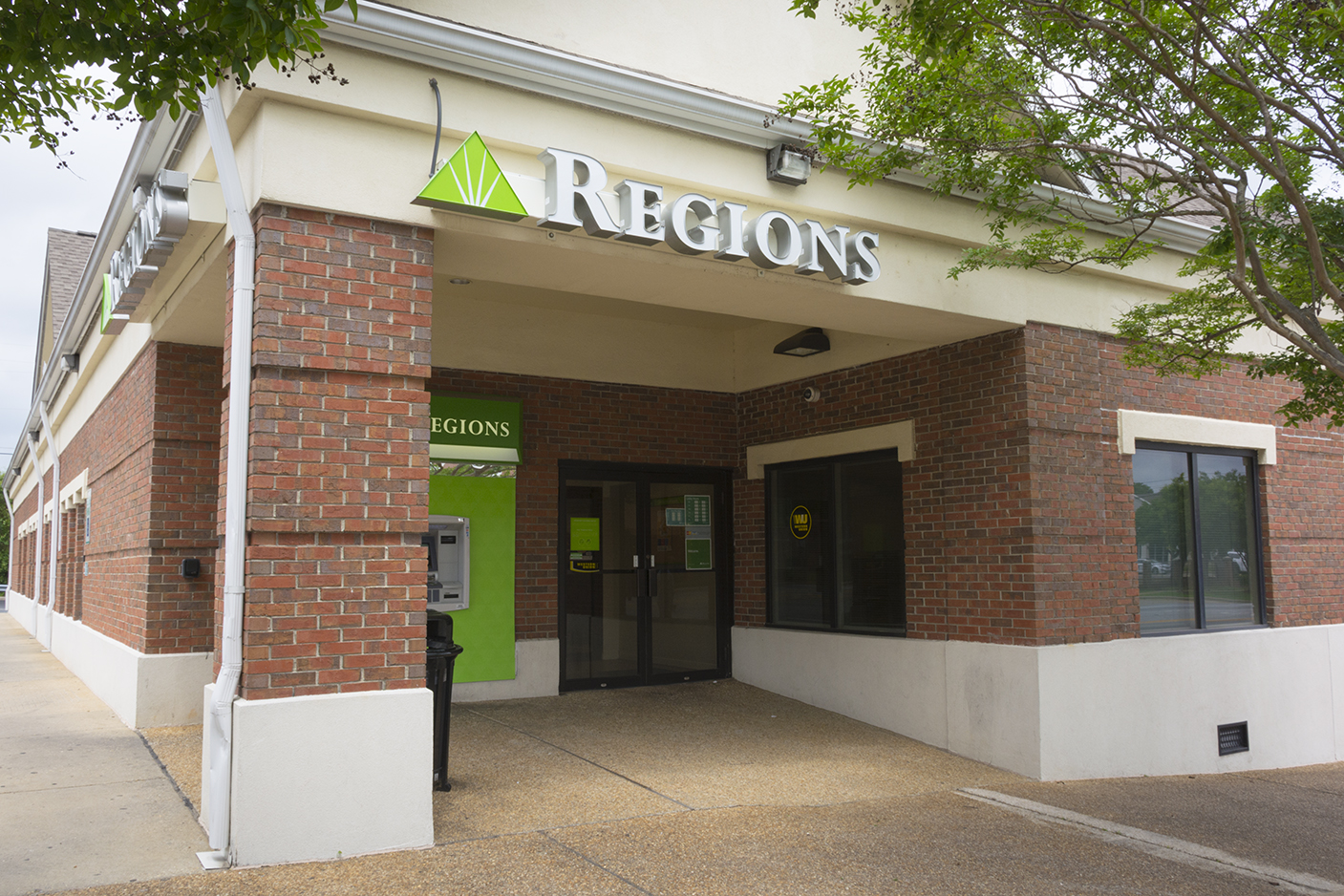 Regions Financial Corporation was formed in 1971 as First Alabama Bancshares Inc., Alabama ‘s first multibank holding company. With the combination of three well-respected banks, the holding company began operations with a total of $543 million in assets and 40 banking locations in Birmingham , Huntsville and Montgomery.

Regions Financial Corporation traces its roots back to three Alabama-based banks who became original affiliates of First Alabama Bancshares, Inc., chartered in 1970 as the first multi-bank holding company in the state of Alabama. Those three banks are: the First National Bank of Huntsville, chartered in 1856, the First National Bank of Montgomery, opened in 1871, and the Exchange Security Bank of Birmingham.

The Exchange Bank, an institution organized in Birmingham during the spring of 1928, started with capital totaling $35,000 and in 1947 moved to Tenth Avenue and 20th Street South. The new building was the most modern bank structure in the city and brought Birmingham the first drive-in teller window and the first bank parking lot. It also set the standard for other banks by being one of the most modern and customer-focused banks in the South. The Exchange Bank had grown to more than $19 million in April of 1957 when it consolidated with the Security Commercial Bank to become the Exchange Security Bank.

In 1970, a small group of Alabama bankers and businessmen got together to form the first multi-banking holding company in Alabama. Their proposal was grounded in one idea: sound banking principles and new growth opportunities could be combined to create a stronger financial institution for the state. These banking pioneers overcame legal and regulatory hurdles as well as opposition from the banking industry in the state. Finally, in July 1971, the three Alabama banks joined to form Alabama’s first multi-bank company. With the combination of three respected banks, the holding company began operations with a total of $543 million in assets and 40 locations in Birmingham, Huntsville and Montgomery.

The Birmingham, Huntsville and Montgomery banks formed the nucleus of what is now Regions, giving the company a strong presence in three of the four largest metropolitan areas of the state. The bank quickly expanded its market by acquiring more banks. In less than four years, First Alabama’s assets doubled – from $543 million in 1971 to $1.2 billion at the end of 1974.

As the bank entered its second decade, the banking industry was changing. Changes in the laws and regulations, which govern banking, allowed it to offer customers new types of accounts, including certificates of deposit in 1978, followed by interest-bearing checking accounts in 1981 and individual retirement accounts (IRAs) in 1982. Also in 1981, the Alabama Legislature passed a law allowing multi-bank holding companies to merge their affiliate banks into one statewide bank. As a result, the bank’s management devised a new structure for the company, which strengthened and streamlined the chain of command while still emphasizing the importance of local involvement and understanding of local needs in each bank community.

The passage of an interstate banking bill in 1986, which allowed Alabama banks to purchase out-of-state banks, opened the door to new possibilities. The company expanded into Florida first, then acquired additional strong banks in Georgia, Tennessee, Louisiana, South Carolina, Arkansas and Texas – all of which have retained the local autonomy encouraged and supported by Regions.

The marriage of computers and telephone communication networks made possible an important development in banking – the introduction of automated teller machines (ATMs). In 1981, the bank established a statewide network of ATMs known as The Right Place banking machines. With one of the most extensive ATM networks in the state, the bank played a key role in the organization of a statewide-shared automated teller machine network, which went on line in April 1986.

In 1987, Regions became the first bank in Alabama to provide customers with direct access to their account information via a computerized telephone inquiry service. Telephone banking continues to offer customers convenience today. By calling 1-800-REGIONS customers have access to automated account data and assistance from financial professionals.

Years of growth and changes followed, culminating in a final name change on May 2, 1994 when the company became Regions Financial Corporation to better reflect its growing presence throughout the South. The company merged with Memphis, Tenn.-based Union Planters Corp. in July 2004 to create a new regional force in financial services that shares a rich history of customer and community commitment, as well as the strength and stability of one of the Top 15 financial services providers in the nation.

In May 2006, Regions and Birmingham-based AmSouth Bancorporation announced plans to merge. Shareholders of each company approved the transaction in October and on November 4, 2006, the merger of Regions and AmSouth was completed. As a result, Regions Financial Corporation is now one of the top bank holding companies in the United States.